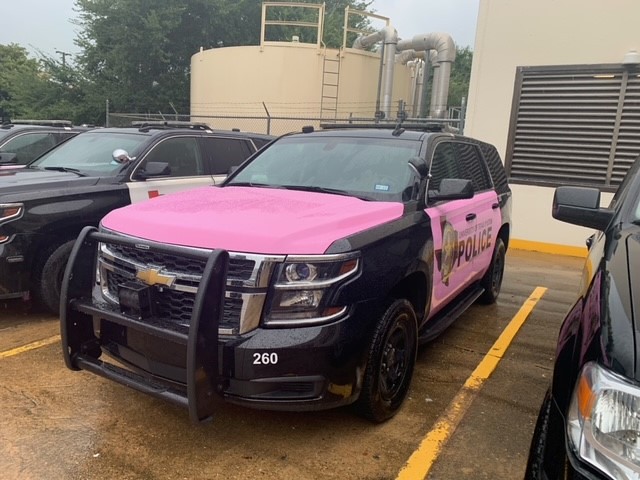 The University of Texas Police at Houston (UT Police) unveiled a new look to two police patrol vehicles and one public safety van on Oct. 1, hoping to honor those lives lost to breast cancer.

For the entire month, the eye-catching vehicles will be used to patrol the The University of Texas MD Anderson Cancer Center and The UNiversity of Texas Health Science Center at Houston campuses to raise awareness.

"In serving the world's leading cancer center at MD Anderson and the UTHealth medical community, our team felt this was a great way to create breast cancer awareness and acknowledge the fight against all cancer,” said Ray Gerwitz, executive director and deputy chief security officer at UT Police.

The pink additions to the vehicles’ markings show UT Police’s support and solidarity throughout the community, as everyone has been affected in some way by cancer.

Breast cancer is the most common cancer for women in the United States, regardless of race or ethnicity. In the US, 1 in 8 women will develop breast cancer over the course of her lifetime. An estimated 41,760 women in the US will die from it this year.