The Annual Security Report for MD Anderson and the Security and Fire Safety Report for UTHealth (Clery Reports) are published yearly by October 1 pursuant to the Jeanne Clery Disclosure of Campus Security Policy and Campus Crime Statistics law, which was signed into law by President George Bush in 1990. This law applies to all institutions of higher education which participate in federal student aid programs and it requires that each institution publicly disclose three years of campus crime statistics and basic security policies. The law is named after Jeanne Clery, a 19-year-old freshman at Lehigh University who was murdered while asleep in her residence hall room in 1986. 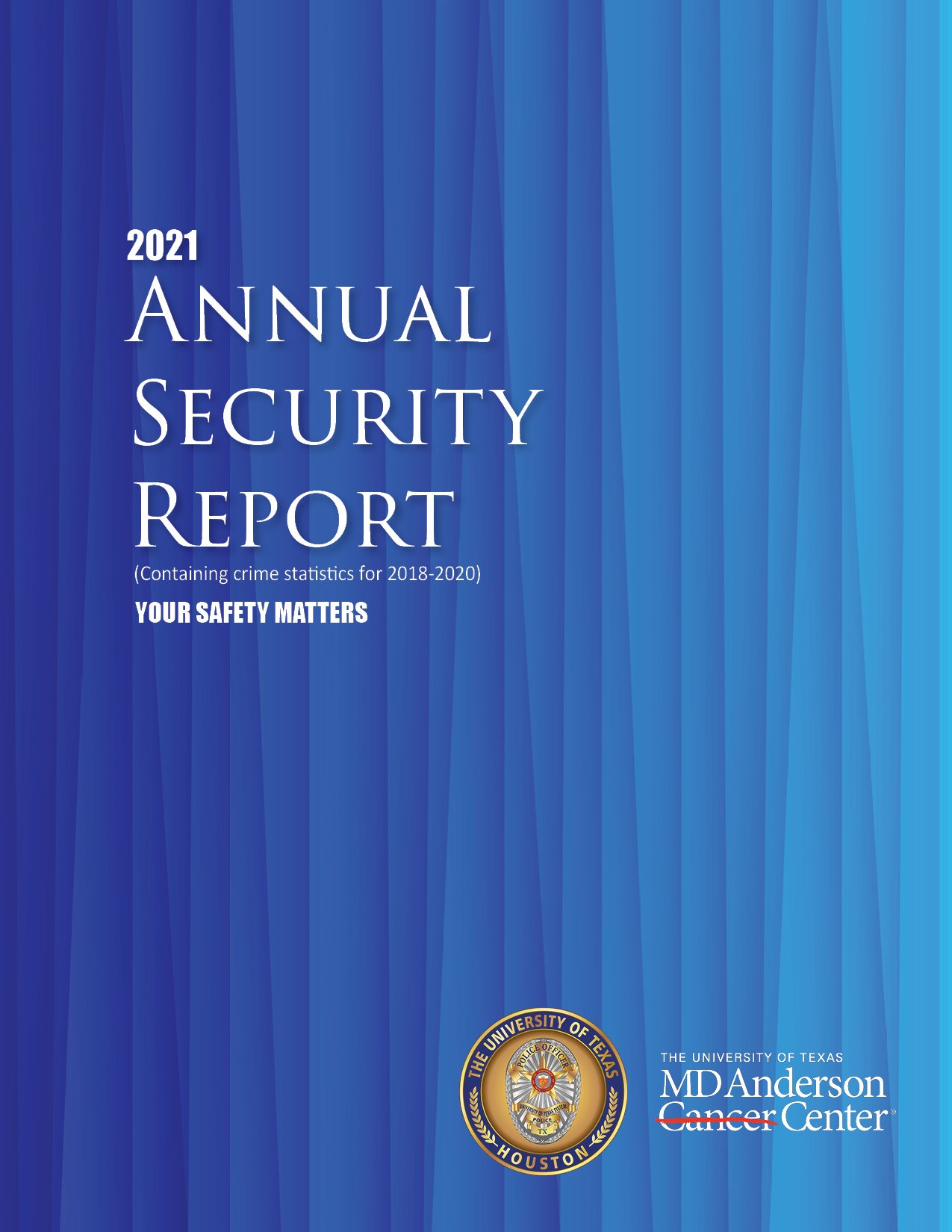 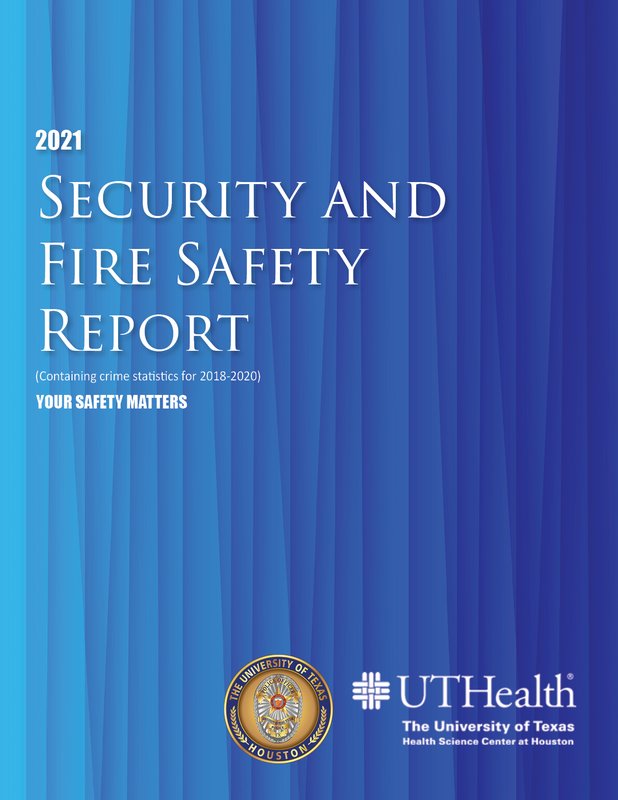 Download the 2021 Security and Fire Safety Report for UTHealth