MD Anderson employees Rachid Banamar, room service manager, and Clifford Carson, senior facilities project manager, helped transform an unoccupied section of the Main Building into a first-class movie set for use in UT Police training videos. Banamar and Carson were part of the planning team that was instrumental in assisting UT Police in coordinating the shoot. As a result of their effort, an empty patient room, work area, break room, waiting area and office space was changed to a fully furnished “set” staged specifically for the video.

In June 2018, Grace Taupo, executive assistant in the Experimental Therapeutics department at MD Anderson, observed a robbery-in-progress and her subsequent actions led to a far safer ending than might have been. Taupo called 911 and provided the police dispatcher with important information relative to both the suspect and the victim. Taupo also comforted the student victim, assuring him that police were on the way. Following the incident, Taupo was called upon by her department to share tips on how to respond to similar situations. Her response to the incident exemplifies the call asking citizens that when they “See Something, Say Something.” 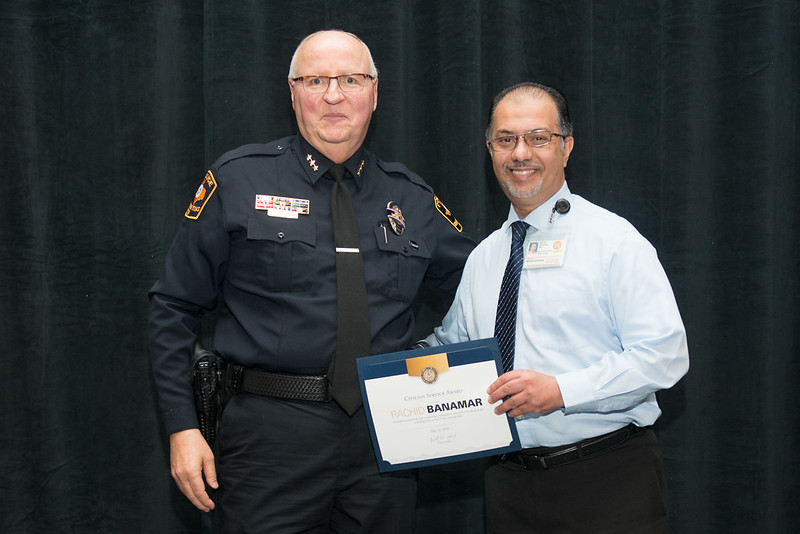